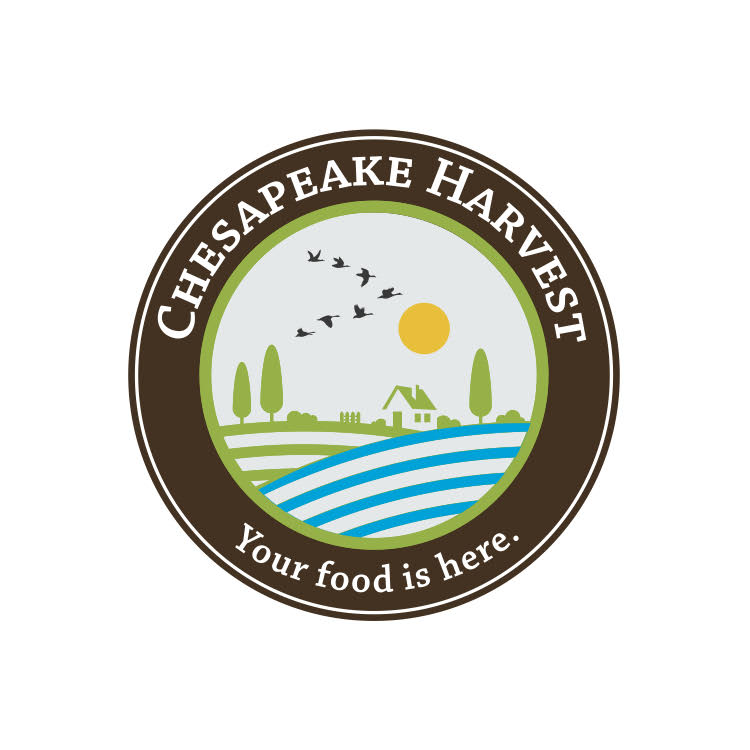 Shannon Dill is the Agriculture Extension Educator for University of Maryland Extension in Talbot County.  She has been a faculty member of the University of Maryland, College of Agriculture and Natural Resources since 2001. She graduated from the University of Wyoming receiving a Bachelor of Science in Agriculture Business and a Master of Science in Agriculture Economics.  Shannon provides outreach and education to agriculture producers of Talbot and neighboring counties in farm business planning, sustainable small farm enterprises, marketing and livestock management.  Educational programs have included QuickBooks for Farm Business Planning, Ag Tourism, Equine, Pasture Management and Grain Marketing

Mary Beth Durkin is founder and owner of Yellow Brick Road Productions, a media company that supplies media outlets with documentaries and short form video content across an array of platforms such as network television, public television, cable TV and the web. Ms. Durkin is a veteran documentary film and news producer with 25 plus years of broadcast production experience. She has won numerous awards for her productions. These include, the 2009 Cine Golden Eagle for Betty Ford: The Real Deal, four Emmy nominations, two National Press Club Arthur Rowse Awards, a New York Festival award for Best Investigative Report and a Columbia

Journalism Review Laurel.  Most recently she was the producer, writer and director for a series of one hour documentaries on “The Modern First Ladies” for MacNeil/Lehrer Productions.

Colby Ferguson is the Government Relations Director for Maryland Farm Bureau, beginning his role in December 2013.  Colby was the Agriculture Business Development Specialist for Frederick County for nine years prior to joining the MFB team. In that capacity, he worked with elected officials at the state and local level to implement legislation important to the farm community. Prior to his county position, Colby was the sales and marketing manager for Sinclair Cattle Company, a purebred Angus ranch in Pennsylvania. He has also been a nutrition specialist for dairy, beef, swine, sheep and horses with Southern States Cooperative.

He holds a bachelor’s degree in animal science, biotechnology from Oklahoma State University. He is a 2006 LEAD Maryland fellow and currently serves on the LEAD Maryland Board of Directors. Colby also serves on the Maryland Agriculture Council Board of Directors and represents Maryland Farm Bureau on the MD Aquaculture Coordinating Council and the Maryland Commission on Climate Change. Ferguson is an experienced livestock judge and coach.

John has made 12 national, 1 international, and countless regional and state presentations. He has conducted workshops in farm management, business organizations, grain marketing, organic grain production, nutrient management, and pesticide application usage. He has also produced video programs on organic grain production and building value added agricultural enterprises that have been distributed nationally. Hall has raised approximately $1 million dollars in grants in the past 6 years of his Extension career.

In 1999, John organized a community-based needs assessment discussion group that met bi-monthly. Chesapeake Fields Institute (CFI) evolved from this discussion group in 2000. The community-based group has embraced the mission, ”Preservation Through Profitability”. In 2003, CFI launched Chesapeake Fields Farmers LLC, a for-profit to build the infrastructure necessary to develop value added markets for the region. The LLC, has received 2 valued added grants and completed a $1 million equity drive.

Tony Kern is a recognized industry expert in the field of technology, media and telecommunications with extensive experience in management consulting and strategy across numerous industries. He has provided business counsel to boards and senior management of some of the top companies in the world and advised on issues related to corporate finance, M&A, restructuring and innovation.  Most recently he served as U.S. Deputy Managing Partner of Deloitte & Touche LLP’s Technology, Media & Telecommunications Group and the firm’s Global Managing Partner of Innovation.

Tony has successfully started and sold several companies in the communications, technology, and energy industries, as well as taught advanced industry seminars on the future of consumer interactions with new technology, traditional media and telecoms. As a recognized and respected speaker in the industry, he has been interviewed by the press including the Wall Street Journal, National Public Radio, CNBC, MSNBC, The New York Times, Dow Jones News-Wire and Fortune Magazine. During his career, Tony has made legacy predictions and forecasts regarding wireless networks, applied internet solutions, social media, and the energy industry.

Ron Kopicki is a world-class expert in food chain analysis, design and development. Through his work with the World Bank, Ron has successfully completed reforms to the logistics and food marketing systems of more than 60 developing countries. Rom manages a financial advisory firm which works at the intersection of logistics services and agricultural market development.

Jordan Lloyd, a native of Easton, Maryland, traveled the East Coast gaining the experiences that would later serve him at the Bartlett Pear Inn. Jordan worked with Michel Richard at Citronelle, Thomas Keller at Per Se in NYC and with Christian Delouvrier at La Goulue in the Bal Harbour Shops in Miami. Additionally, Jordan learned European-style service at Auberge du Soleil in Hilton Head, South Carolina and The Four Seasons in Washington DC. Having achieved so many extraordinary experiences, Jordan felt his hometown of Easton was the place to settle down and raise a family.  Jordan and his wife Alice currently own and operate the historic Bartlett Pear Inn in Easton, MD.  Jordan has recently taken a position as an Executive Chef with the Clyde’s Group. He is an advisory chef for their whole program, and will be building new pastry programs as well as working to create a more local farm to table program for their menus.

Niamh Shortt is an Eastern Shore of Maryland native and has worked on various farms throughout the region: Calliope Farm, Salisbury, MD; Greenbranch Farm, Salisbury, MD; Herbs and Spice Farm, Selbyville, DE; and Hattie’s Garden, Lewes, DE. Recently she worked as the Project Manager for a USDA Farmers Market Promotion Program grant awarded to the Historic Lewes Farmers Market in Lewes, DE – in that role she organized and ran workshops, market events, and experiments to help bolster the regional consumption and production of locally produced agricultural products. She has a BA in Economics from Swarthmore College and a MSc in Sustainable Development from Trinity College Ireland. She became interested in farming while living in New Orleans, LA, but didn’t really “dig in” until 2012 when she started farming in her parents’ homeland, Ireland. She is impressed by the length of the growing season here on Delmarva and believes that this rich-agricultural region has the potential to grow and shine even more.

Matthew Teffeau is the Maryland Department of Agriculture’s Director of Government Relations. Matt joined the Department of Agriculture after serving three years as the Assistant Director of Government Relations at Maryland Farm Bureau. Prior to that, Matt gained legislative experience working for U.S. Representative Andy Harris in Washington, D.C., and the Maryland House Republican Caucus in Annapolis. During his time with Maryland Farm Bureau, Matt effectively lobbied members of the Maryland General Assembly on a range of issues including energy, natural resources and transportation.

The Caroline County native graduated with a Bachelor of Arts in Political Science from Salisbury University. Matt is a LEAD Maryland Fellow, which is dedicated to identifying and developing leadership to serve agriculture, natural resources, and rural communities.

John R. Trax, Retired Civil/ Environmental Professional Engineer managed Engineering Programs for the U.S. Corps of Engineers and the Environmental Protection Agency. He directed Engineering programs for the National Rural Water Association and served Talbot County as a board member and Chair of the Economic Development Commission, and as a member of the Planning Commission. John served on several volunteer community organizations and boards including the Church of the Brethren, Pickering Creek Audubon Center, Talbot County Farm Bureau, Easton Ruritan Club and Chesapeake Fields. John participated in many study groups associated with agriculture issues in Talbot County and maintains a family farming enterprise.

Parker is the Eastern Shore Regional Director Young Farmers Committee Staffer, for the Maryland Farm Bureau.  Parker works with the 9 counties from Cecil to Worcester as both the liaison with Maryland Farm Bureau and as their local affairs representative. He works with county Farm Bureau Presidents to recognize county issues and provide leadership development training.  Parker also works to increase membership on the Eastern Shore and track local or regional activities that impact farmers.

Prior to joining Maryland Farm Bureau, Parker wrote for Holstein World and was an Associate Editor and Marketing Assistant. He attended Virginia Polytechnic Institute and Virginia Tech to earn a degree in Dairy Science and a minor in Professional Writing.  Parker has been active in 4-H and several dairy clubs in Maryland and New York.

Ann Harvey Yonkers is co-founder and co-executive director of FRESHFARM Markets. A lifelong environmentalist and local-food advocate, Ann is one of the early leaders in the movement to transform the way Washingtonians eat. She is compelled by the idea that eating locally makes sense from every point of view—flavor, the environment, health and sustainability. Ann has been recognized with numerous awards and accolades including being named one of the 100 most powerful women in Washington, DC, by Washingtonian magazine. In 2012, Washingtonian again recognized Ann and FRESHFARM Markets co-executive director Bernadine Prince as “Green Giants.” That same year, she and Bernadine were also recognized by Mayor Vincent Gray with the Mayor’s Sustainability Award for their dedication to providing fresh, healthy food to neighborhoods in the District of Columbia for more than a decade. Nationally, Ann has been recognized as a “Woman Who Inspires” by Women Chefs and Restaurateurs. She is the past president of Les Dames d’Escoffier International and holds a professional culinary degree from L’Academie de Cuisine in Bethesda, MD. She has appeared in local and national media including Cooking Light, Natural Home, Chesapeake Life, Washington Business Journal and the Washington Post. She and her husband, Charlie, own Pot Pie Farm, outside of St. Michaels, MD, where they raise laying hens on pasture and grow vegetables and fruits using organic methods.

Sign up now for the latest in news and information!

Sign up now for the latest in news and information!

For all the latest news from
Chesapeake Harvest, follow us
on social media!

For all the latest news from
Chesapeake Harvest, follow us
on social media!